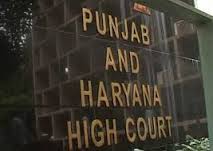 G.K OF HIGH COURT OF PUNJAB AND HARYANA

1. Former Chief Minister of Tamil Nadu Jayalitha acted in only hindi movie. What is the name of that movie ?

2. Upcoming Hindi movie ‘ Dangal ‘ is based on whose life ?

3. Fire temple is the place of worship of which of the following religion :

5. How many seats are there in the Punjab legislative Assembly ?

7. Who was the first Chief Minister of Punjab ?

8. Computer is named as which type of intelligence ?

9. US President Elect Donald Trump belongs to which of the following party ?

10. Which of the following village in punjab is known as ‘Nursery of hockey olympians ‘?

11. The fastest century record in one day cricket is currently held by :

Ans- A B De Villiers

13. NASA is the space agency of

14. According to Punjabi Calendar (Vikram Samwat), which is the first month  of the year ?

15. Which one of the following is/was an Indian Hockey Player :

16. The oldest tennis tournament in the world is :

17. The oldest news agency in the world is :

18. Ustad Bismillah khan was a famus :

19. Boko Haram is a Terrorist Organization in:

21. The most visited paid monument in the World is :

22. How many District are there in Punjab ?

23. Which is the largest city of Punjab ?

24. Which has become 3rd most common language in parliament of Canada

26. Guwahati High court is the judicature of:

27. When was Punjabi declared as official language of Punjab ?

28. The insurance scheme of Punjab Government for poor people is named after which person ?

30. Which of the following Punjabi folk dances is not a dance form females ?

31. Which of the following crops is shown in official seal of Punjab Govt. ?

32. International Board between India-Pakistan along Punjab is known as which line ?

34. Computation & Logical operation are performed by ;

35. Who has been elected to be next Secretary General of United Nations ?

36. In which of the following part of Earth the weight of a body is maximum ?

37. Which planet is known as the Earth’s twins ?

38. The Constitution names our country as :

40. Who among the following can participate in proceedings of both the Houses of Indian parliament ?

41. Which is the largest dam of punjab ?